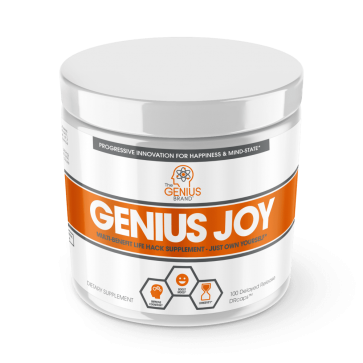 L-Theanine - is a non-protein amino acid found naturally in the leaves of green tea - camellia. It has psychoactive properties because it easily overcomes the blood-brain barrier. It stabilizes the mood, calms, relieves symptoms of stress and anxiety. Also used as a nootropic agent - improving cognitive functions, work efficiency and learning effectiveness. Researchers demonstrated the efficacy of Teanina in increasing attention, vigilance and productivity, and the effects are already visible within the first hour after administration. Researchers are of the opinion that the relaxing effect of green tea is responsible for the theeanine, which affects the intensity of alpha brain waves probably by affecting the activity of some neurotransmitters, including dopamine and serotonin. It is extraordinary that this amino acid can increase vigilance and clarity of mind, while introducing a state of relaxation and deep relaxation so strongly that it eliminates the stimulating influence of caffeine. Thanks to this, it is applicable to people who react badly to stimulants or who suffer from neurotic-anxiety disorders, and at the same time need to maintain high productivity and alertness of mind.
Vitamin B1- is very well soluble in water, which directly affects its bioavailability. It plays an important role in tissue respiration processes, including metabolic carbohydrate metabolism. It is one of the most important vitamins, which deficiencies can lead to weakness, fatigue, problems with the eyes (nystagmus), circulatory insufficiency, disorders of the digestive system, and even in extreme cases to depression.
Vitamin B2 - plays an important role in the functioning of the body. It takes part in the transport of oxygen in the eye lens and protects against cataracts, which contributes to the normal vision process. In addition, vitamin enhances the action of insulin, protecting against insulin resistance and diabetes. It is necessary for secretion of cortisol, which is a hormone with anti-inflammatory properties. The most important role of vitamin B2 in the body is participation in oxidation and reduction processes. It ensures the proper functioning of the nervous system and affects the production of neurotransmitters: serotonin, dopamine and amino-butyric acid.
Vitamin B3- is extremely important for the functioning of the peripheral nervous system. Niacin increases the activity of mitochondria. In addition, it contributes to the proper maintenance of cholesterol in the blood, and also participates in the synthesis of sex hormones: isulin, cortisol and thyroxin.
Vitamin B5- is extremely important for the skin as well as hair. Deficiency of vitamin B5 in the body is manifested by pathological changes on the skin, such as keratosis or excessive exfoliation, pigmentation disorders as well as hair loss. Deficiency of this vitamin causes numbness in the toes.
Vitamin B6- is a coenzyme of many enzymatic changes in the body including transamination and decarboxylation of amino acids. Particularly important is its participation in the transformation of tryptophan, which produces serotonin and nicotinic acid. It is essential in the process of phosphorylation, affects glycogenesis and glycogenolysis in muscles, plays an important role in immune and hematopoietic processes. It reduces the secretion of prolactin, which has a negative effect on men's libido. Symptoms of pyridoxine deficiency are nonspecific: skin lesions, inflammation of the tongue and oral mucosa, seizures, microcytic anemia non-pigmented or megaloblastic, polyneuritis, depression. Its lack may favor the development of oxalate urolithiasis. Pyridoxine is well absorbed from the gastrointestinal tract. Her excess is excreted in the urine.
Vitamin B12 - participates in the production of red blood cells, affects the functioning of the nervous system, allows synthesis in cells, primarily bone marrow provides a good mood, mental balance helps in learning, in attention, plays a role in reproducing the genetic code, affects the system bone, stimulates the appetite.
Vitamin D3- belongs to the group of fat-soluble vitamins. It is a prohormone with a steroid structure, very similar to testosterone. Vitamin D affects many physiological processes in the human body at the genetic level and plays a key role in maintaining overall health. It participates in the synthesis of about 200 proteins in the body, and particularly strongly affects the growth of rapidly contractile muscle fibers type II, responsible for the strength and formation of a muscular silhouette.
Dosage:
Start using 1 capsule a day, testing the tolerance for ingredients. After 3 days, gradually increase to 2 capsules in the morning and 2 in the afternoon. Do not exceed 4 capsules a day.